On the other hand, maybe 0.4.7 will deal better with this, since it should include a rewritten and smoother sync.

here's a 0.3z gameplay which may help for the case

the hit rate was shit compared to 0.4's, but there was no shots missed (ps: hit rate in 0.3 is affected mostly by the fact that C-glitch works same as rel003, which makes player slide when he pressed C immediatly after shooting a weapon, no longer present in 0.4 thankfully), however the shots got synced good, as every single time there was not even 1 missed shot of the continuous crouch

apparently, stubby and shotgun are the only ones affected by this, spaz is not really affected like them, still some shots may miss but i think it may be blamed on the fact that this bug exists at all.

after a long research this is what i found:

the probability of shotgun repeated crouch is 0%, as you can see, however some c-glitch shots may actually be received, 50% of them at least..

the same with stubby, however this weapon does not require glitching at all to be played with, it's only problematic when you try to double shot with crouch, which is indeed frustrating.

however as i expected, spaz does a much better job with this. as you can see this weapon does NOT get affected almost at all by this annoying bug, since its accurate shots are 95% (both crouching and glitching), due to the fact that this bug exists, however it's not really affected that hard


so you might want to revise the shotgun and stubby, and improve the gameplay for everybody.

the question is, why is shotgun most affected?
simply, it's because this weapon often requires a ton of crouch spamming in order to hit a target, due to the fact it has same bullets spread as the spaz, but longer range.

stubby doesn't require because its shooting anim is way shorter than shotgun's, and because in a close range you don't need to spam crouch that much as i see.


ps: switching to fist ( the null switch as i call it ) makes it even worse miss shots

@Piterus may know since he played in his own servers /dm stubby arenas, and might have at some point noticed his shots are just desynced totally.


in conclusion: for perfect gameplay and non missing shots, play with spaz until this bug is fixed
stubby will work out too if it's not spammed ( not required but may be preferably to do so by many old players)
avoid shotgun fights, you will never be able to get absolutely accurate results, because this weapon in usual gameplays is totally bugged:

@AdTec_224 i'm waiting for an answer as soon as you're active, or at least take this topic into account and manage to deliver an update in time this summer, i'd love to play with everything fully working, and i think everyone here would prefer the same.
1

@AdTec_224 i'm waiting for an answer as soon as you're active, or at least take this topic into account and manage to deliver an update in time this summer, i'd love to play with everything fully working, and i think everyone here would prefer the same.

Easy,  cowboy.
Hold your horses.  I won't allow such behaviour,  ever.
That's my first and last warning about this.

warn all you want lol, be careful who you are talking to like that, i am not tolerant with this coming from a mark, i haven't insulted anyone, but don't make me do it, and i surely hope you are currently aware that you should mind scripting, you are completely parallel with DM, and unless you've anything to say ON TOPIC, don't say it

asslicking him like that does not guarantee you a higher rank than others, and i hope i made myself clear with this.

I recorded a video of the above, if it's any help to this case.
Obviously I'm not very fast but I still tried my best.

Videos were recorded on 30FPS, however, frame limiter does not seem to effect the outcome.
Nor does the code provided by Seby. (After 1:09 in the video, the snippet was in effect)

Can you test this with your DM skills, and record the same way ? 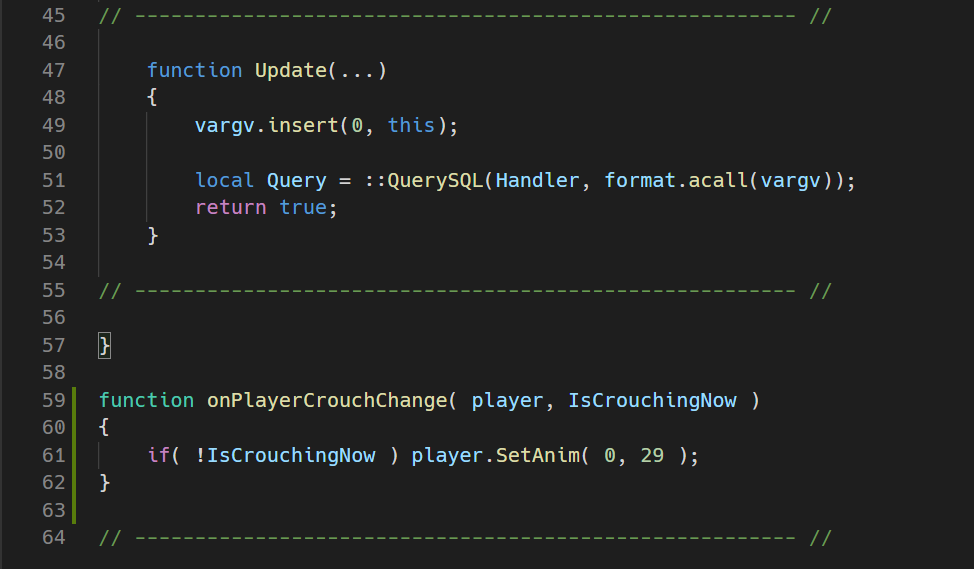 EDIT: lol Hunting, I like you are dedicated to what you've discovered but whatever you threw above is the surest way to ravage this topic.

asslicking him like that does not guarantee you a higher rank than others, and i hope i made myself clear with this.

(I was being biased against mods)

EDIT: lol Hunting, I like you are dedicated to what you've discovered but whatever you threw above is the surest way to ravage this topic.

if you wouldn't have known me before then i think this reply would make sense.. never having a rank or hanging out with people in bigger function than others will guarantee anyone any better than the usual players
always the people who respond back to such faggotry are seen as "the faulty ones" or "the bad", i never tolerated anyone doing this any single time i was involved, if adtec thought i insulted him some way or another, he could talk to me about it, but when dogs get involved situation becomes a step too far and may have to deal with it accordingly, nobody has the right to be a faggot hiding behind ranks, this is a really major problem with admins and server owners in vcmp


that break anim whenever you crouch will never work, and even so you cannot implement such a shitty fix in a VCMP server

only adtec or stormeus can deal with this, it's simply nothing we can do but wait, as far as i know adtec has a really busy life (from what i heard), i didn't hear from stormeus ever since we spoke in PM regarding rel007 update release, and that was 2 years ago..
don't hope for quick results anyway, just avoid glitching like this and you'll be fine.
i've no idea when next update will come, it won't be any soon though..
1

have you ever wondered why the fuck laggers and even NORMAL ping players can NOT be hit under fast c-bug storming with mostly shotguns?

in short, repeatedly spamming C ("storming" or "droching"), will eventually result in every single shot missing, which becomes annoying....

plz fix this soon, it becomes annoying even when playing against 80 ping players lol, laggers not even going to mention..

as a side note, 0.3z was perfectly giving out shots at the given moments, there were no shots missed back then like this...

^ this (minus the slide bug) would give vcmp a WAAY more comfortable gameplay..

0.4 is a lot better than 0.3z, whether we are talking about scripting or the DM, the only better thing 0.3z had was these good-synced shots

this is how weapon rapid fire should work, even better i guess. there were almost no shots missed in the video, and the player velocity is higher after any shot fired
1

« Reply #27, on January 15th, 05:41 PM »
It's really irritable. That fast-switch works perfectly using Stubby and another weapons like M4 and Python but there's not effect on Pump-action.

Many times I did that trick, but now I know why never hits the opponent.
2

« Reply #28, on January 16th, 04:58 PM »
a little rectification: this DOES NOT happen when you spam crouch
it ONLY happens in the situation where you repeat crouch shots (to start from middle speed), no matter how fast it was done in first place (unless you did it totally slow and have no reason to call it repeated crouch)

this is due to animation getting bugged after the moment you shot and you want to do it again.
the shot comes out too late, which was probably made like this as a fix to the ghost shots. however i think this still can be fixed without adding ghost shots. the problem is the animation was delayed a little too much, and this bug went unnoticed because players got used to each other lagging or most likely there were not enough skilled glitchers back then

don't get me wrong here, im not asking you to re-add a bug in VC:MP, re-adding ghost shots would only make things worse.
i'm asking you to FIX a bug that prevents players from getting fair and accurate results in a duel.

0 Members and 2 Guests are viewing this topic.